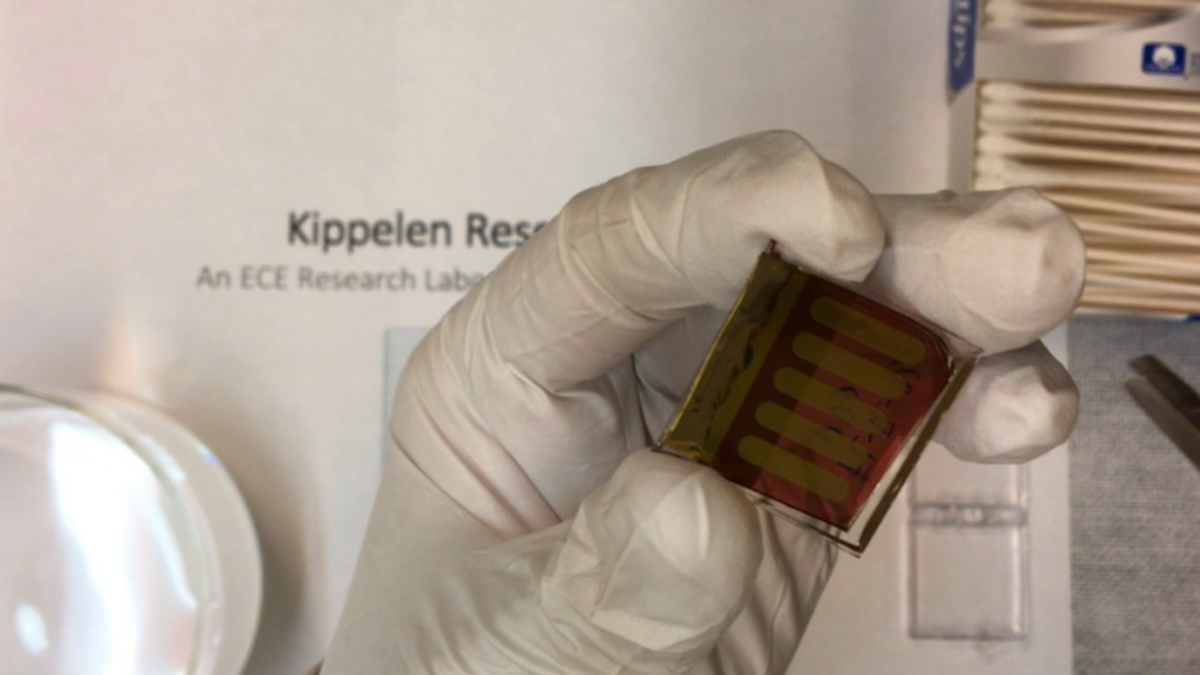 The CENTRA UAI academic, Felipe Larraín, participated in a revolutionary research, who, together with North American researchers, created the first stretchable photodetector, with mechanical properties similar to those of human skin, capable of capturing light and being applied in biomedicine, robotics, security and agriculture, among other areas.

The study – highlighted by the prestigious North American journal Science Advances – was developed over three years at the Georgia Institute of Technology (GT), Atlanta, Georgia, United States, and involved researchers from various specialties, including mechanical engineering, engineering electrical and computer science. Larraín was part of that team and the only Chilean.

The innovative material can be increased in size by 200% without losing its light-sensing qualities or electronic performance. According to the stress-strain studies carried out by the researchers, the elasticity of the device is comparable to or greater than that of human tissue and would provide a very wide and versatile light capture surface.

“Imagine an elastic band that’s soft and stretchable like human skin, but with electronic properties similar to those of a digital camera built into a smartphone. We show that in this project. In particular, the materials used make it possible to detect illumination hundreds of millions of times weaker than that of a traditional bulb. In other words, the same light that would reach a human eye looking at the sky on a starry night”, says Larraín.

Although the material was incorporated into a photodetector device and its properties were confirmed, further studies are required to optimize its performance. The team of researchers foresees applications in implantable electronics, which would allow to replace or increase the performance of the human eye. “The eye is a stretchable photodetector par excellence and this advance opens a route to increase its faculties”, adds the academic.

The article’s authors believe that his research potential extends beyond biomedicine and robotics. For example, farmers could attach these devices to fruits and vegetables to monitor their growth, identify potential diseases or choose the optimal time to harvest. This without counting applications in textiles, containers, packaging, etc.

In the short term, the UAI researcher points out that the next step is to extend the detection range of the device to light invisible to the human eye, for example infrared light. Simultaneously, they will focus on replacing the manufacturing techniques used, on a laboratory scale, with processes compatible with industrial manufacturing.